In 1985, after driving by a farm with thousands of white turkeys in the Shenandoah Valley of Virginia, I returned with my pinhole camera and found the farmer who was raising the turkeys. He granted me permission to photograph the flock. It was hot and unpleasant, but after seeing the first images, I realized I would be able to capture the mysteriously memorable feeling that thousands of white birds moving across the land evoked within me.

The long exposure times inherent in pinhole photography, the moving birds and the feathers they shed, the ominous farm buildings and the clouds all worked together to create a feeling — the presence of a spirit permeating the land. It was as if I was under a spell while making these photographs. Pinhole photography is the closest medium I know to record both "things seen" and "things unseen." Sometimes the "things unseen" are intuitively known. The knowledge that "things seen" and "things unseen" might be recorded on film maintains my interest in this type of image making.

Perhaps I was reminded of my childhood, helping my grandmother raise rare pheasants. My grandmother lived across the pond from me in Winston-Salem, North Carolina, where I grew up. Many times my grandmother and I would go down to the train station to pick up a crate containing a pair of pheasant sized birds, often the last pair in captivity and often from faraway places, sometimes as far away as Malaysia or Borneo. On the crate would be a sign that read "Live Birds, Please Feed and Water." My grandmother was known internationally as the "Bird Lady" — she had a knack for creating an environment where rare birds would breed. She would send the young birds back to their countries of origin. Life magazine published an article on her bird farm in 1956.

The last two photographs were taken after the first frost in early November. The turkeys were gone. They had been hauled away in trucks to be slaughtered for the traditional Thanksgiving meal, celebrated by most Americans as a way of giving thanks for the fall harvest.

These images were made with a 3" focal length 4"x5" Santa Barbara pinhole camera. I shortened the focal length to 1.5" to get a wider view. 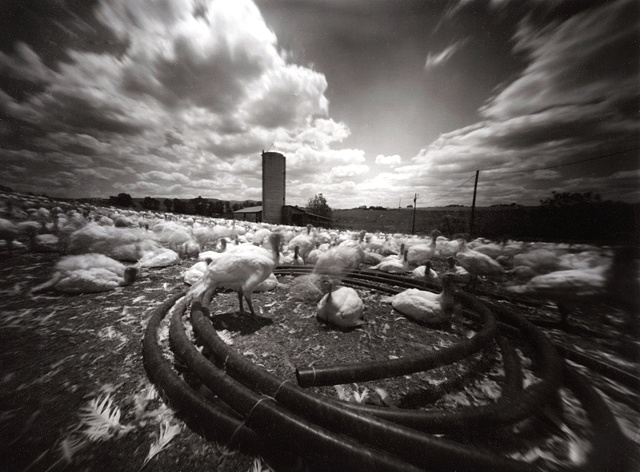 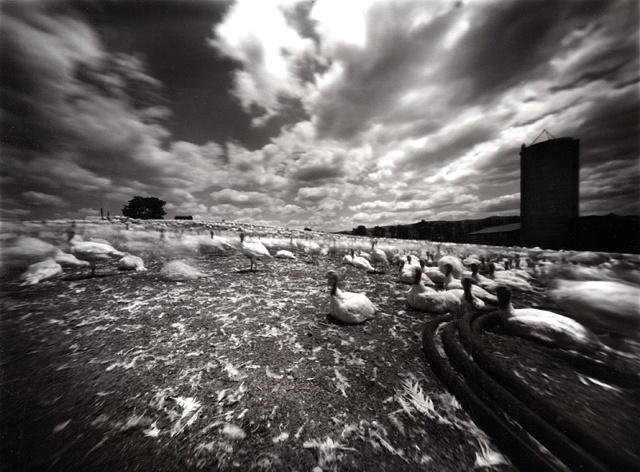 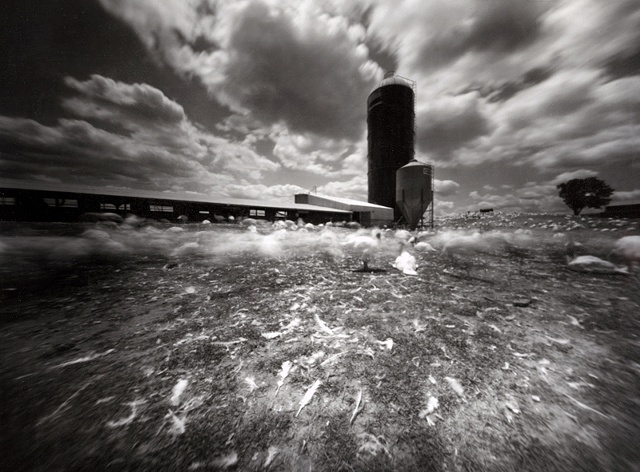 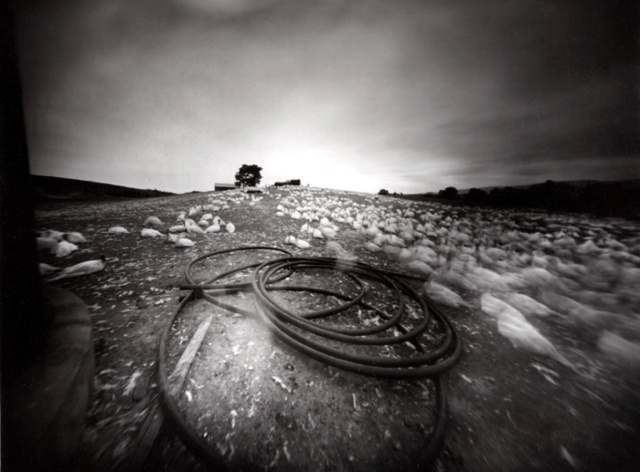 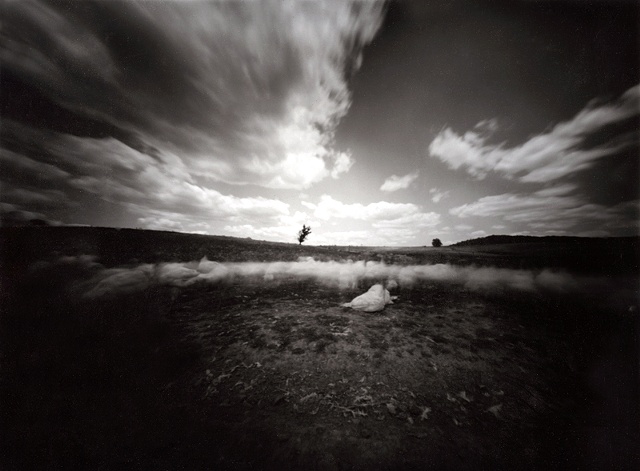 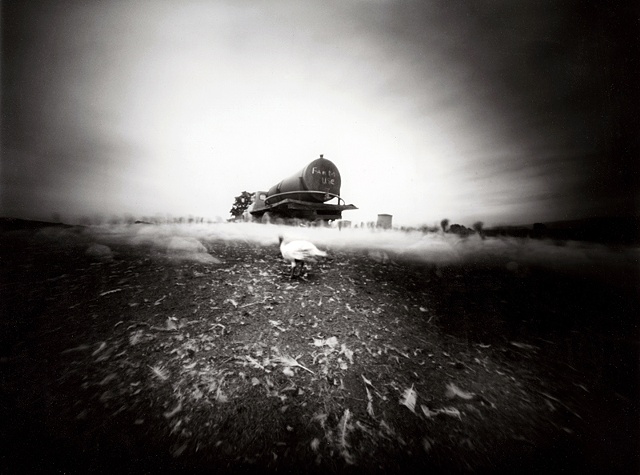 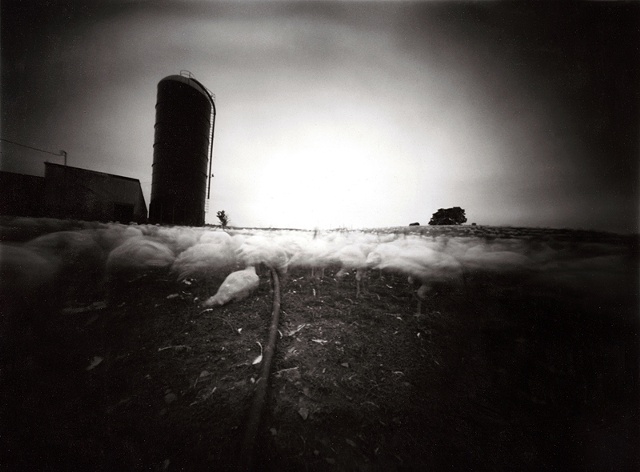 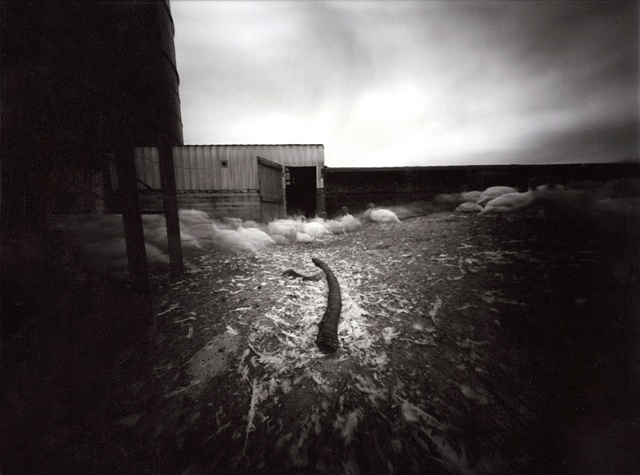 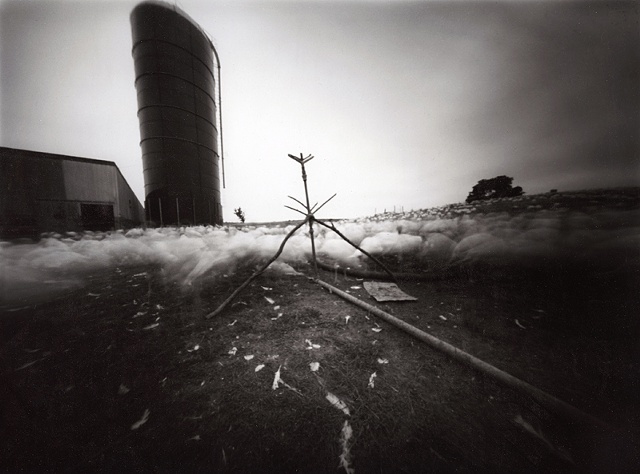 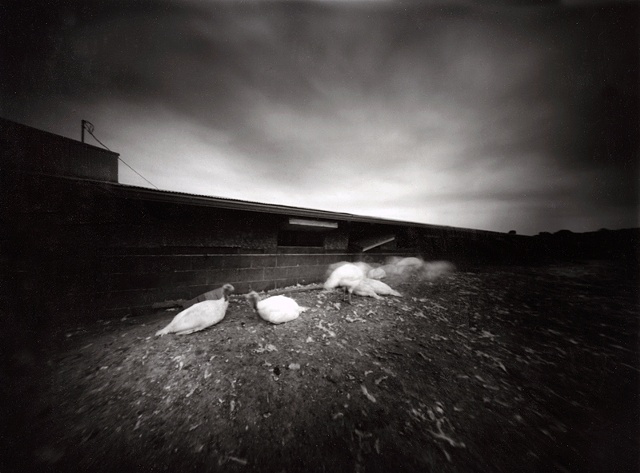 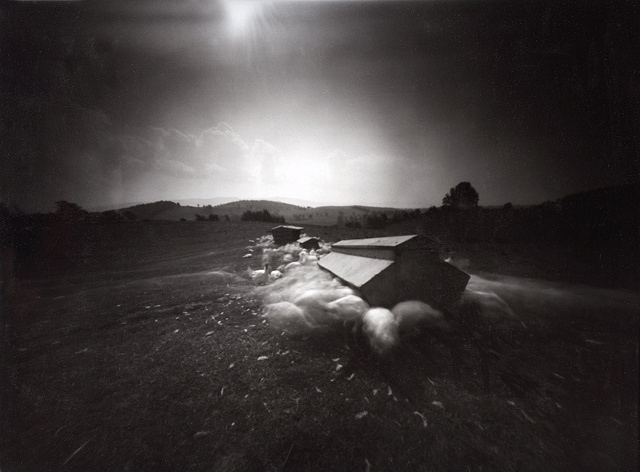 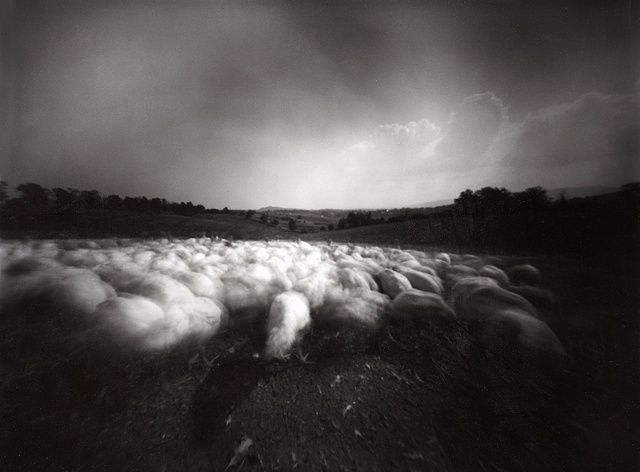 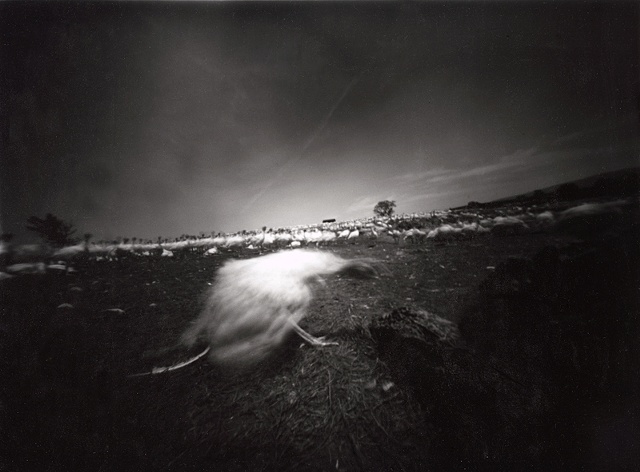 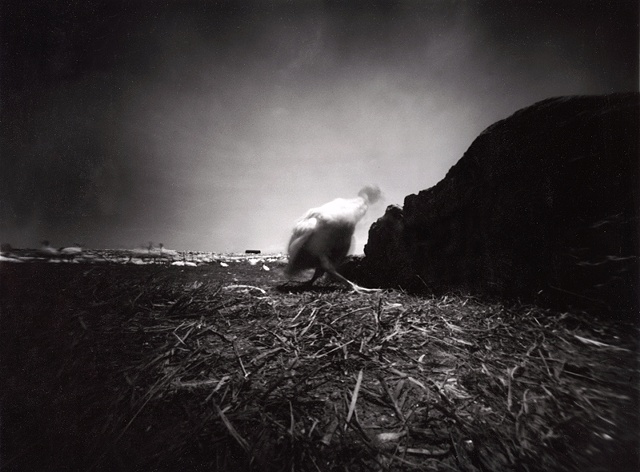 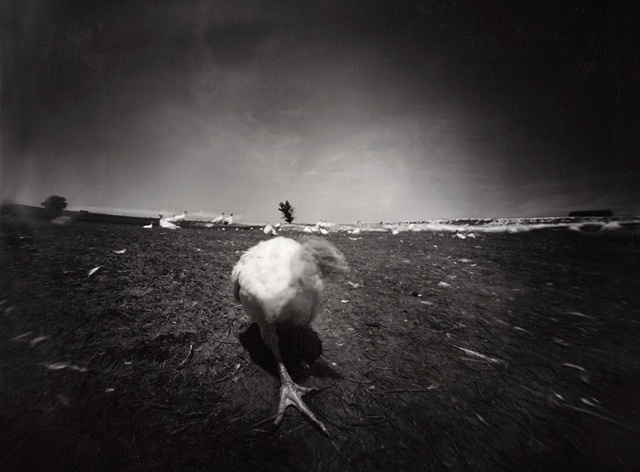 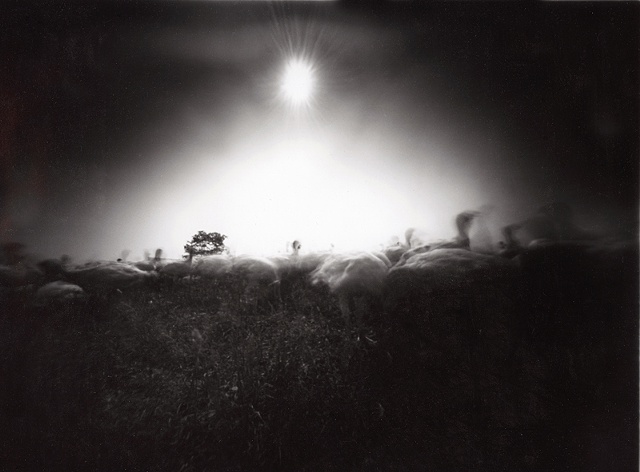 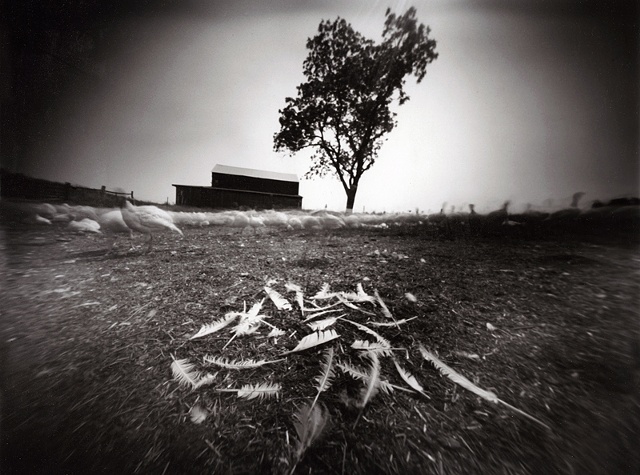 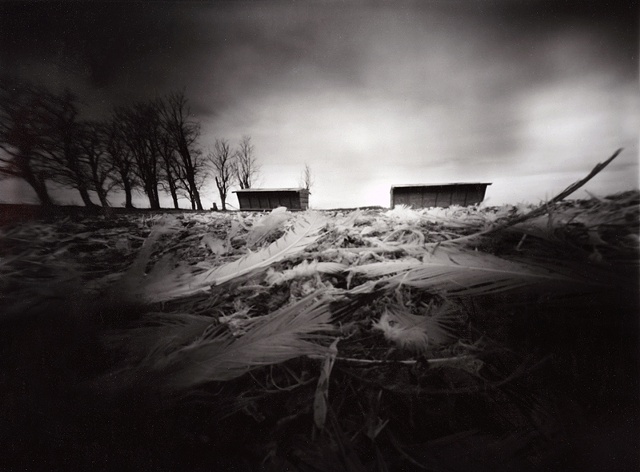